DILG IV-A as Vice Chair for Disaster Preparedness, participated in the Review Workshop on the accomplishments of the region based on the RDRRM Plan 2013-2016. It was a 2-day workshop conducted on 20-21 April 2016 at Makiling Highlands Resort, Calamba, Laguna. 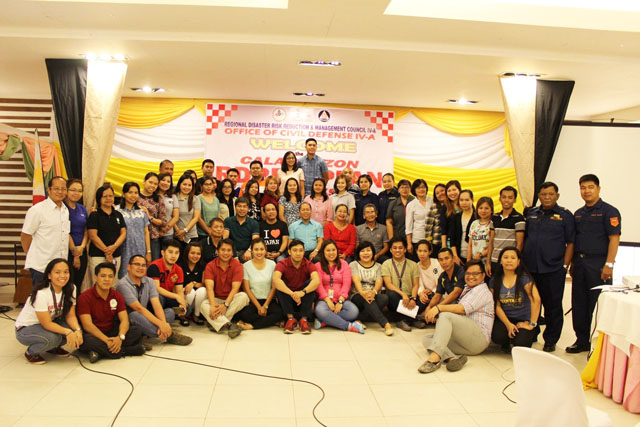